Top Attractions to Visit in Liverpool

There’s nowhere quite like Liverpool. In the past decade, the city has transformed into a must-visit destination, thanks to an amazing regeneration scheme following their crown as European Capital of Culture 2008. Forget Manchester and London, this is one city you just have to place on your bucket list. 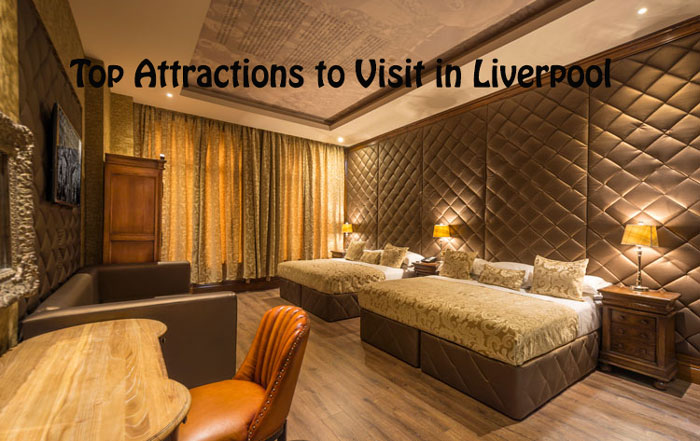 The Three Graces are three of the finest buildings I’ve ever seen. Comprised of the famous Royal Liver Building, which is Liverpool’s most recognisable landmark, the bold Cunard Building and the simply exquisite Port of Liverpool Building, you don’t have to be an architect to appreciate the detail of these historic buildings.

Now, if you’re going to visit Liverpool, you’re going to need a place to stay. The Shankly Hotel should definitely be a consideration. While it has been inspired by the late LFC manager Bill Shankly, you don’t have to be a football fan to enjoy a stay at this beautiful football hotel in Liverpool city centre.

Football fans will absolutely love exploring the remarkable memorabilia on offer throughout the reception and the on-site The Bastion Bar & Restaurant, with never-before-seen items donated from the Shankly family home. The rooms offer a classic interior that’s complemented by a range of modern facilities, such as a double Whirlpool Jacuzzi bath and 50” TV screens.

Step inside the very club were The Beatles defined their career. The Fab Four played an amazing 292 times at The Cavern Club, with fans lining the streets to catch a glimpse of John, Paul, George and Ringo. The club continues to serve as a music venue, with local and international artists regularly playing sets at The Cavern Club, which sometimes includes some Merseybeat hits.

However, fans of The Beatles can explore so many more wonderful Fab Four landmarks in the city. Just check this out.

Liverpool offers such amazing architecture that movie producers have been knocking on the city’s door for the next project. One place to certainly visit is St George’s Hall, which dates back to 1841, and was recently used to film J.K. Rowling’s Fantastic Beasts and Where to Find Them.

In addition to attending the many events held at St George’s Hall, you can also take a tour of the Grade I listed building to learn more about its intriguing history and architecture. You will be amazed to find prison cells on the basement, as the hall once served as a court.

Previous Exploring Normandy? Here’s Where You Need To Go!
Next Nature & Wildlife in Fuerteventura

If you dream to visit the city of London, you’d know your own reasons for …