What You Need To Know About Australia 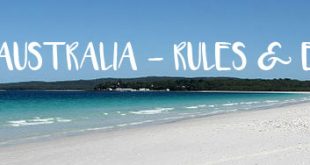 The first and foremost thing that you have to do is to book your tickets. However, you need to have a clear understanding as to when you should go, where all you can go and how you can get around. Australia is a vast country with tropical climate in the north, deserts in the center and southern shores that are chilly. Therefore, seasons do play a part when planning your visit.

Generally, visitors come to Australia during summer months, December to February, when the Brisbane and Melbourne, the southeastern hubs, are warm. Beaches and outside cafes will be overflowing with people and there will be parties in the nights. However, accommodations can be got only at peak season prices and visitors will also have to put up with not only crammed public transport, but also long queues at places of tourist interest. Therefore, the period from October to November and March to April, referred to as shoulder-season months, are better times to visit Australia.

When southern Australia is experiencing summer, it will be hot as well as humid in the northern parts. As the wet season can be uncomfortable, it is better to plan your visit to northern Australia during the months June to August when it will be dry and humidity and temperatures will be more bearable. Winter is the best time to visit the central parts of Australia as well.

Places to visit in Australia

If you are a nature lover, you must visit the national parks in Australia. Kakkadu in the north is a tropical place with crocodiles, aboriginal rock art and raucous birdlife. The national park is best accessed from the city of Darwin. The national park Uluru-Kata Tjuta is in Central Australia and is a great place where you can experience native Australian culture.

Whereas snorkeling in the Great Barrier Reef in Queensland can give you a mesmerizing effect, Tasmania‘s Cradle Mountain-Lake St Clair National Park offers the Overland Track which is one among some of the best multi-day hikes in the world.

Getting around in Australia

There are not many big towns in Australia as there are in Europe or the USA. Therefore, the distances between places of tourist interest can be huge. It is good idea to fly from one city to another. The domestic airlines in Australia are affordable as well as reliable.

If you are not pressed for time, the Great Australian Road Trip may be a good idea. You can explore the surf towns and beaches along Australia’s east coast, wander around the Great Ocean Road near Melbourne, or take a detour to the stunning island state of Tasmania or even southwestern Western Australia. If you are more ambitious, you can tackle a ‘lap of the map’ which is a grand circuit.

Previous Australian Beach Rules And Etiquette
Next Exploring Normandy? Here’s Where You Need To Go!